The offspring of top progenitor of showjumpers Bustique are achieving great results. Also last week they showed their qualities and winning mentality at international shows all around the world, such as Berdien Z, Golia, Bonita van het Keizershof Z and Berdien Z. In the Youngster Tour in Vejer de la Frontera, a mare sired by Cape Coral RBF Z was able to take the victory. 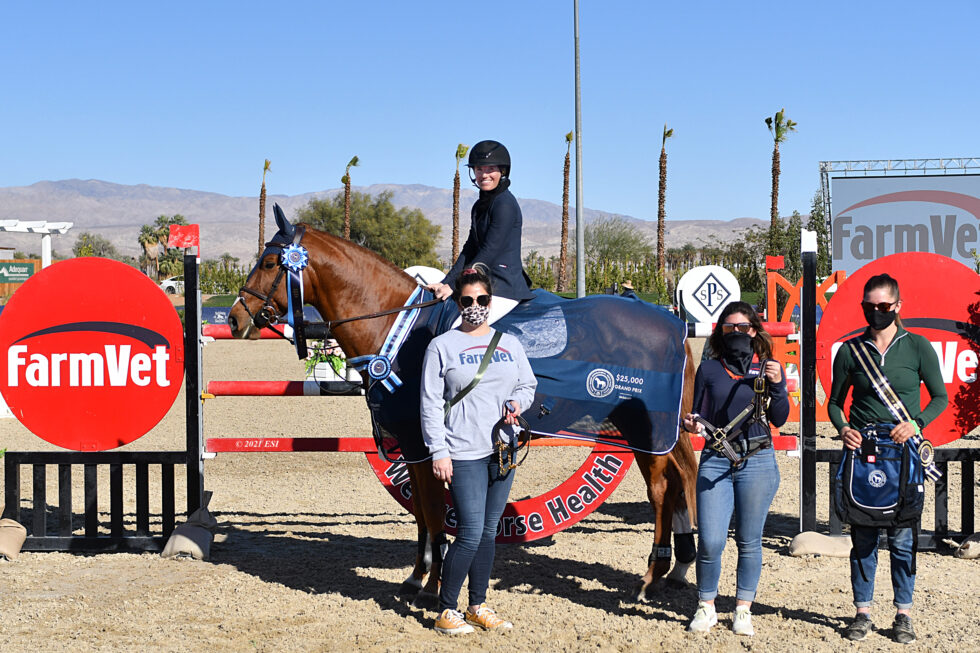 In Oliva, Thermal, Ocala: the progeny of Bustique claimed remarkable results. Two weeks after their win in the 1.45m of Oliva, Golia and Marlon Zanotelli were this week again able to achieve a good result. Two clear rounds in the 1.45m ranking class brought them the fourth prize. At the same show, Stal Hendrix rider Sophie Hinners performed well aboard the Bustique offspring Hendrick’s HX. After they had already taken two victories in 1.40m classes in Lier, they now finished on the fifth place in the GP qualifier in Oliva.

United States
Ridden by Ali Ramsay, the Bustique mare Bonita van het Keizershof Z made good advertisement in Thermal. They had one unlucky rail down in the Grand Prix of CSI3* Desert International Horse Park and finished on the sixth place. Only three combinations remained clear in the first round. In the 8th week of the World Equestrian Center – Ocala Winter competition, Molly Ashe achieved remarkable results in the saddle of Berdien Z. Together with this 10yo Bustique offspring she has won the Welcome Prix on 1.45m level and two days later they were able to jump two clear rounds in the 1.50m Grand Prix as well. In this main class they ended up second, right behind winner Aaron Vale who topped this 60 competitors class.

Cape Coral RBF Z
One of the first offspring of the Cornet Obolensky son Cape Coral RBF Z took the win in Spain. His daughter Celeste RBF Z showed her skills at the Sunshine Tour last week. Under the saddle of Charlotte Gesses she claimed the victory in the 6yo class in Vejer de la Frontera.