The five-year-old Entertainer offspring Lambrusco is selected for the KWPN stallion test. At the national championships in Valkenswaard, he made an impression three days in a row and ended up second in the final with Sophie Hinners. The stallion committee was impressed by him and invited him for the 21days test in Ermelo. 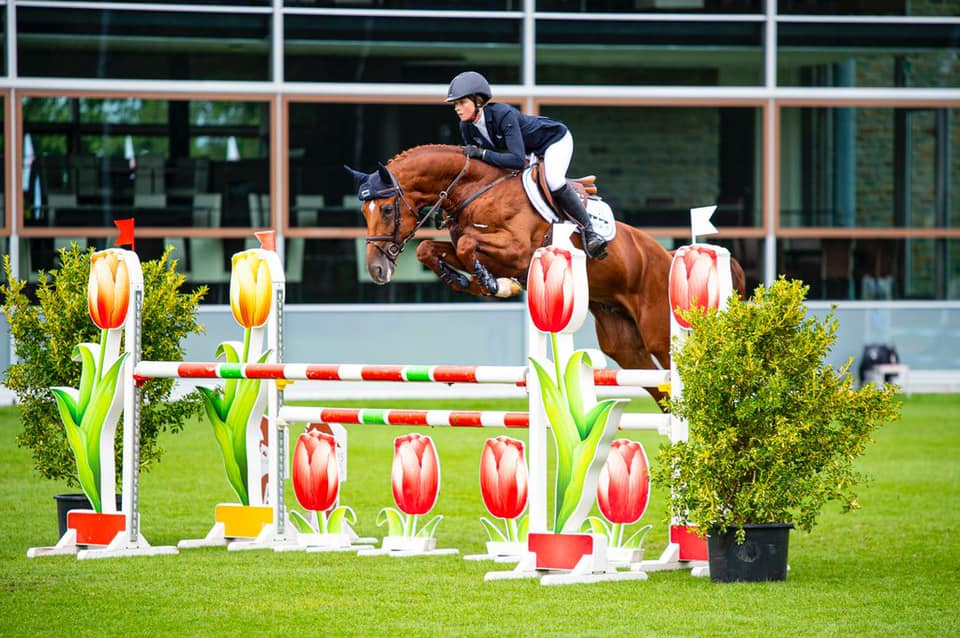 Lambrusco was bred by Pieter and Loes Keunen out of the well-producing Lux mare Total Touch, which previously foaled the Grand Prix showjumper Bardolino (s.Cardento). Under Reiko Takeda, this half-brother of Lambrusco took part in the Olympic Games in Rio de Janeiro. Total Touch also foaled the international 1.45m showjumper Dide (s.Calvaro Z) and the high quality mare Gitania (s.Cantos), which was sold through the Dutch Sport Horse Sales. Stal Hendrix has been co-owner of Lambrusco since he was a foal.

The very complete Lambrusco combines a very athletic model with a great jumping technique, a very good use of the body, a lot of scope and a very good attitude. He made a convincing impression on the stallion selection committee, who were pleased to invite him for the performance test.