The Stal Hendrix team can look back on a successful week in Valkenswaard for several reasons, including the remarkable victory of the stallion Kardinaal HX in the Dutch championship for five-years-olds. In the Blom/KWPN championship for four-years-olds, the stallion Lambada Shake AG earned the highest points and also other horses provided great advertising. 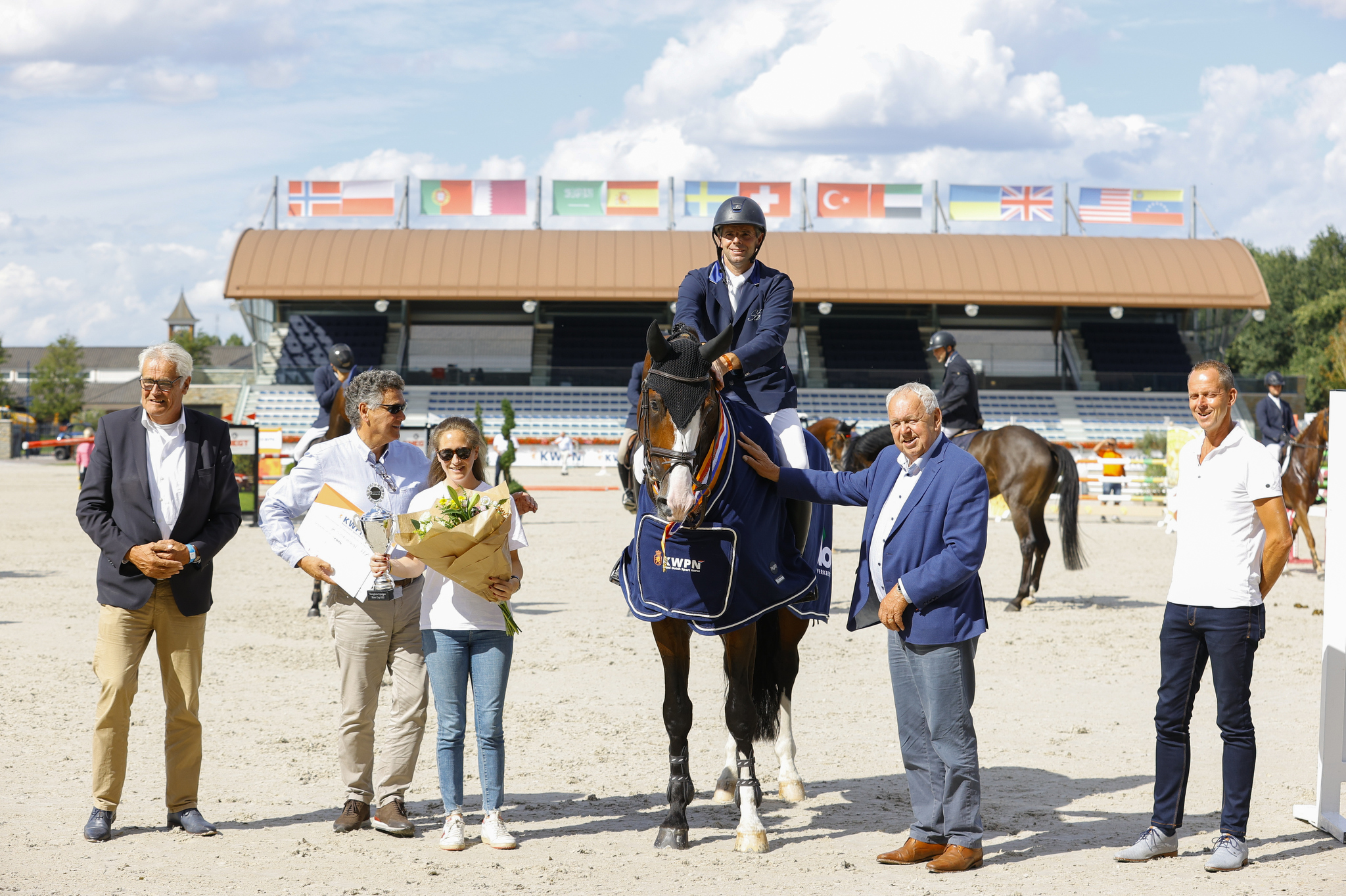 It’s the first year that the Blom Cup – KWPN Championships were organized in Valkenswaard and it turned out to be a great success. The KWPN approved stallion Kardinaal HX (Don Diablo HX x Karandasj), coming from Hendrix’s own breeding, did a great job on the beautiful grounds of the Tops International Arena in Valkenswaard. Under Pieter Keunen he jumped clear all three days and in a jump-off with ten competitors, they convincingly claimed the victory. “Kardinaal HX felt really good. As a younger horse, he was often a bit spooky and tense, but now that he has more experience he gets better and better. Here in this impressive arena, Kardinaal HX was giving his best every day, I am very proud of him!”, responded Pieter Keunen.

Shared fourth place
With just a little bit more luck, two stallions from the stables of the Hendrix family would have become champions. In the championship for the four-year-olds, in which the horses were judged by Enda Carroll, the outstanding KWPN approved stallion Lambada Shake AG achieved the highest points of the day. He got a 9.4 for jumping and 9.0 for his rideability. Unfortunately the son of Aganix du Seigneur finished under Tim van den Oetelaar just a bit out of the time and that one time penalty made them end up in the fourth position. They shared that place with the Cape Coral RBF Z offspring Lucifer JDV under Sophie Hinners, who also performed well with a clear round and score of 9.0 and a 9.2. Finally, Sophie Hinners took a fantastic second place in the seven-year-old championship with the Durrant offspring Istabraq TCS, while the Dutch Sport Horse Sales reference Ici (Douglas x Lux) ended up fourth under Shane O’Meara.