Under Ali Wolff, the Bustique mare Footlose HX made a name for itself last weekend. Since this summer, the American rider has formed a combination with the former Dutch champion mare, bred and trained by Stal Hendrix. In the Grand Prix of the Split Rock Jumping Tour in Columbus, their double clear ride resulted in the second prize. 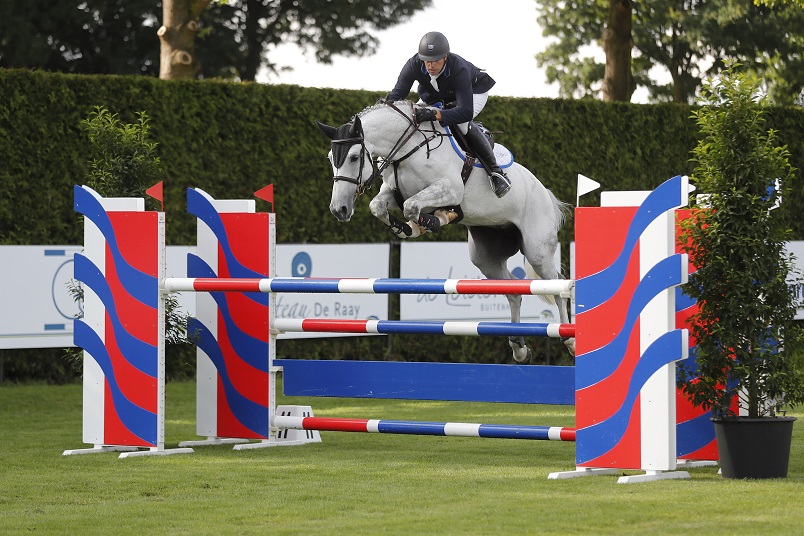 As a three-year-old, Footlose HX (Bustique x Concorde) already received the exceptional score of 90 points at the studbook mare inspection and at the National Mare Show the striking mare took the champion title. Then she developed well in the national and international showjumping classes with Pieter Keunen. As an eight-year-old Stal Hendrix sold her and last summer Footlose HX teamed up with Ali Wolff, who took her to 3* and 4* competitions already. Footlose HX made a great international 1.50m debut last August, with only one time penalty and an eighth place. In the Grand Prix of the Split Rock Jumping Tour they took the second place and with such international performances Footlose HX lives up to high expectations.

Bustique
“We are very pleased with the striking results of Footlose HX. It is another successful offspring of our stallion Bustique, who proves himself time and again as the best breeding son of Indoctro”, says Paul Hendrix. “In addition, it is great advertising for both our stable and the KWPN studbook. Only a few mares have won the national mare championship and Footlose HX proves that it is possible to judge the potential and qualities at a young age. As a three-year-old Footlose HX already seemed a potential Grand Prix jumper and we are very pleased that she has been able to distinguish herself at the higher level already. Fortunately we still have a very promising son of her, the Ustinov offspring Jagger HX, and we continue to follow the performances of Footlose HX!”