The three-year-old jumping talent Madame Pompadour HX has provided good advertising in the Swedish Select Horse Sales. The mare bred by Stal Hendrix is sired by Cape Coral RBF Z and was sold for the highest price in the auction. Another talent co-owned by Stal Hendrix was named five-year eventing champion in the United States. 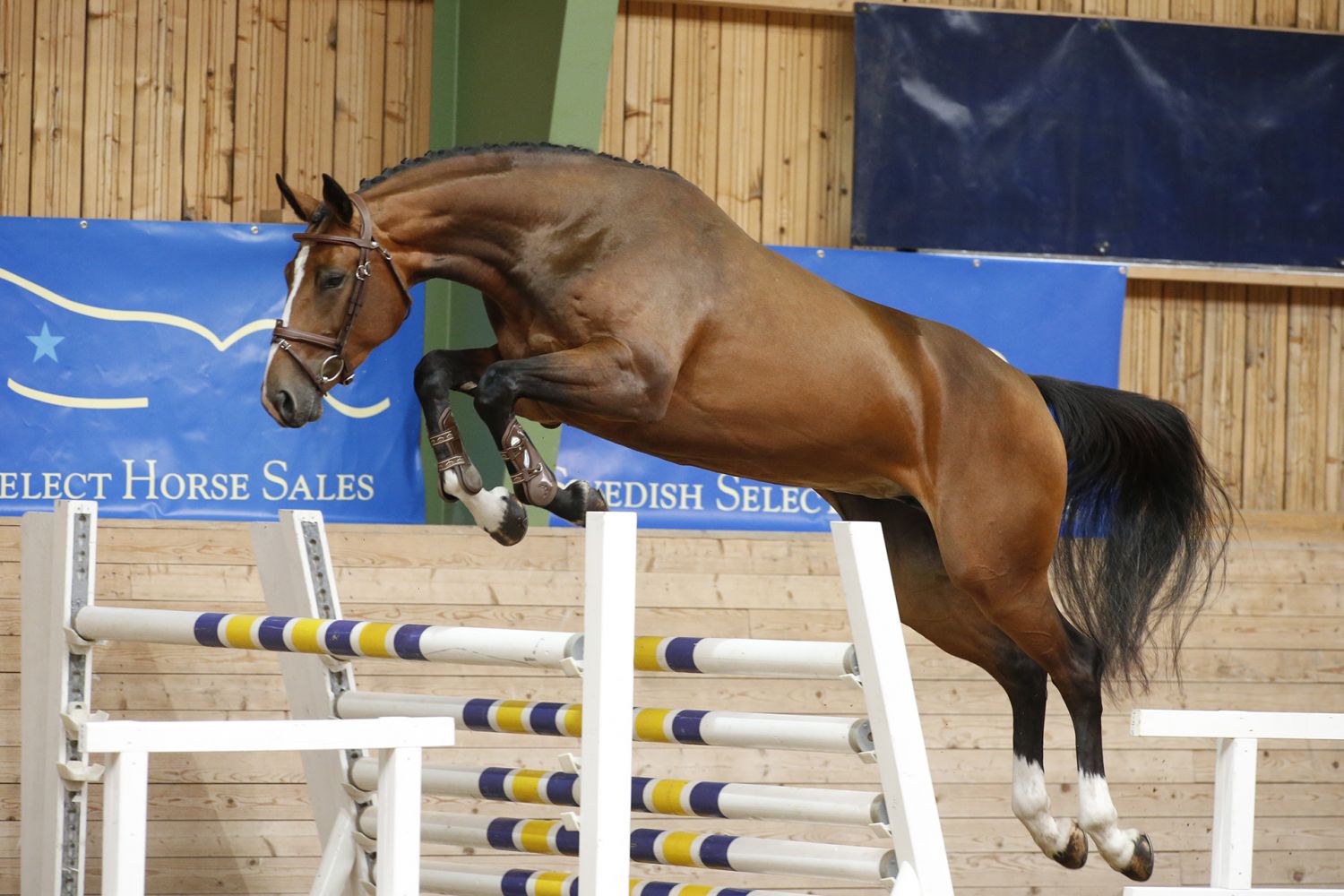 After 41 bids in the Swedish Select Horse Sales, the counter for Madame Pompadour HX (Cape Coral RBF Z x Cardento) stopped at 385,000 SEK, which equates to almost 38,000 Euro. This mare, bred and exported by Stal Hendrix, was owned by Stall Spetz and has a bright future ahead. She is sold to an owner in the United States.

Eventing talent
On American soil, the five-years-old Redfield King (formerly known as King Especiale, Connect x Vittorio) provided great success. He has won the USEA Young Event Horse Championship. This five-year-old talent was bred by Jack Verstappen and came into the hands of Stal Hendrix during the Limburg Foal Auction. Last year, Emil Spadone of Redfield Farm became co-owner with rider Caroline Martin, and together with Stal Hendrix they form the ‘HX Redfield King Especiale Syndicate’. Caroline is very excited about Redfield King’s jumping and eventing talent. “Paul Hendrix said to me that he had the perfect horse for me when I visited his stable last year. Paul was 100 percent right. King is so special. He was recently broke because he was so big they left him in the field for a while and he had only jumped a handful of times, but the horse is just incredible”, said Caroline Martin. “I would love to take him next year to the WC in Le Lion d’Angers. He is so brave, such a great jumper. The gallop is unreal and the flatwork is too. We have high hopes for the future.”