Bustique is making progress as a progenitor

The advance of the stallion Bustique, who returned to Stal Hendrix at the beginning of 2019, is remarkable. His nine-year-old son Beauville Z won two Grand Prix and the World Cup qualification of La Coruna this year with Maikel van der Vleuten, and also offspring such as Berdien Z, Falco V, Feeling Luckey and Gaga E d’Augustijn make good advertisement for their sire. Bustique is the youngest stallion in the top-ten of the Promising Sires ranking of HorseTelex. 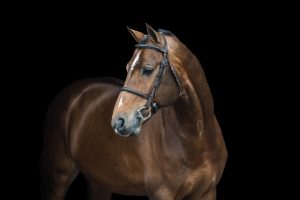 After a three-year stay in the United States, Bustique has returned to Stal Hendrix for breeding in the beginning of 2019. His offspring are standing out in the international showjumping classes and he proves to be a valuable breeding stallion.

No large numbers
On the HorseTelex ranking for Promising Sires, stallions with offspring of up to eleven years old, Bustique finished on the ninth place in 2019. He owes that place to 44 internationally performing offspring, where the number one Diarado has taken the lead thanks to 333 offspring.