Top price of €720,000 for Khaleesi in Dutch Sport Horse Sales

The record established last year was almost broken in the Dutch Sport Horse Sales tonight. As one of the ten jumping talents sold to the United States, the scopey Zambesi gelding yielded a top price of €720,000. The majority of the horses was obtained by international buyers and once again the team of the Dutch Sport Horse Sales has sold an excellent collection in the Peelbergen Equestrian Centre. 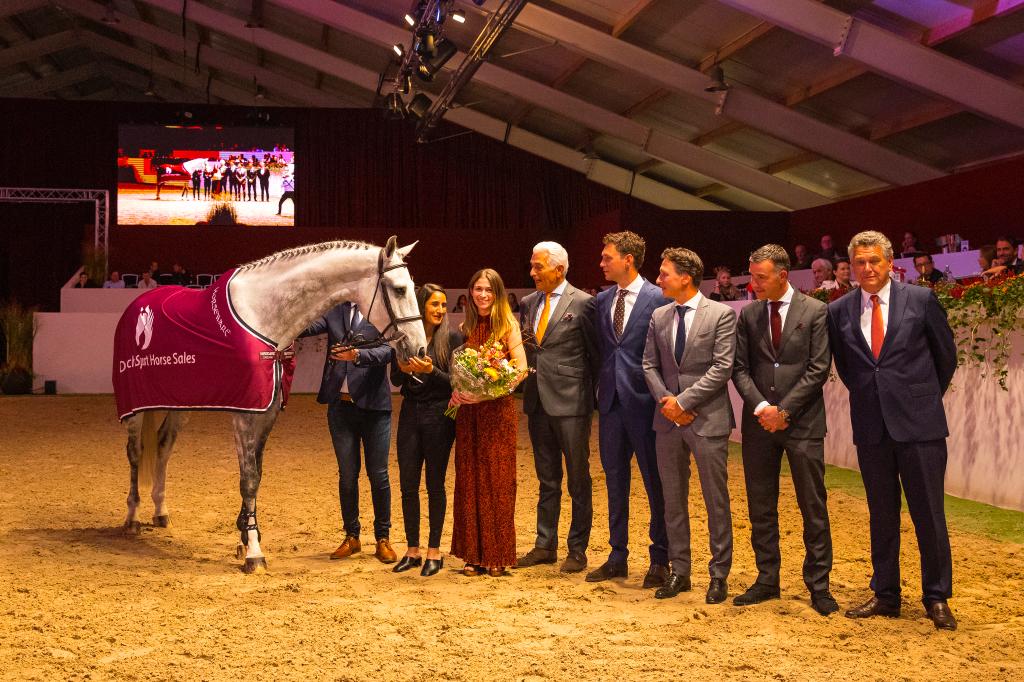 During the 18th edition of the Dutch Sport Horse Sales, the horses selected by the Hendrix family and Yves Houtackers have been sold to Sweden, Switzerland, the United States, Finland, Portugal and the Netherlands. As already became clear in previous weeks, there was a lot of interest in the 21 four- to seven-year-old showjumpers.

High quality
The average price of the horses was a bit over €180,000, an amount that almost matched last year’s average. “We are very satisfied with the results tonight. These times bring economic challenges for everyone and we certainly thought about that prior to the auction. The fact that we have been able to achieve such results in spite of this, is something to be proud of”, says Paul Hendrix. “Every year it is our goal to present the best possible collection in the Dutch Sport Horse Sales and we all work towards that for a long time. I am sure that we will definitely see some of these horses in the top classes.” An American client of Mathijs van Asten purchased top seller Khaleesi (s.Zambesi), one of the four seven-year-olds in this collection. The six-year-old Kannan daughter Oracle is leaving for the United States for €240,000, while the five-year-old Uptons Magic (s.Diacontinus) and Manchester (s.Grand Slam VDL) both are sold for €230,000. “We are very pleased that our regular clients have purchased outstanding talents in this auction and that we have also been able to welcome several new buyers.”

Charity
It was a night with various highlights, almost breaking last year’s record of €750,000. The successful evening at the Peelbergen Equestrian Centre was concluded with a donation from the Dutch Sport Horse Sales to the Maastro Clinic, which has received a check of €15,000.