After a convincing performance in the Dutch championship for five-year-olds last year, the Entertainer son Lambrusco was selected for the KWPN performance test. With a great score of 83 points, he earned the breeding license today after completing the 21-day test. The stallion owned by his breeder Pieter Keunen and Stal Hendrix will be available for breeding this year. 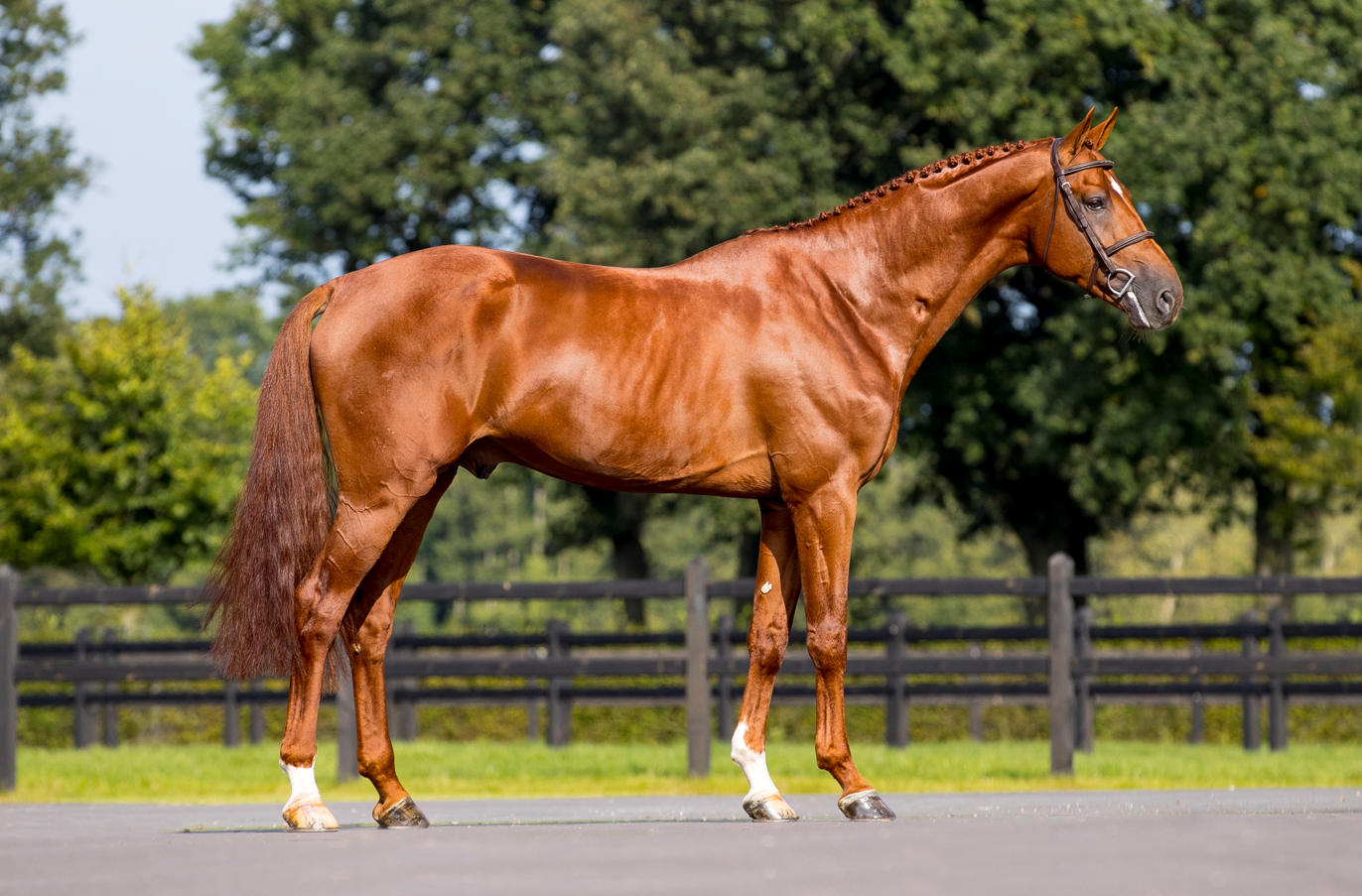 This genetically interesting son of Entertainer impresses time and again with his extraordinary rideability, athletic conformation, jumping technique and scope. The KWPN rewarded his performance in the stallion test by giving four times an 8.5. Given his strong origins, his qualities clearly don’t come out of the blue.

Great origins
His dam Total Touch has in combination with Cardento already foaled the Grand Prix showjumper Bardolino, who competed in the Olympic Games of Rio de Janeiro under Reiko Takeda. Subsequently, he has been performing with Jennifer Gates at a five-star level. Total Touch also foaled the international 1.40/1.45m showjumpers Dide (s.Calvaro Z) and Gitania (s.Cantos). Last mentioned was sold for €255,000 in the Dutch Sport Horse Sales. Lambrusco’s damline leads via two 1.30/1.35m level jumping mares back to the Grand Prix mare Cool-Cat (s.Gurioso). Sire Entertainer has competed up to 1.60m level and his oldest offspring are achieving promising results in international classes such as Isa, Joyce, Joyko Keysershof and Jermaine HX.

Available
The six-year-old Lambrusco will be used for breeding for the first time in 2022 and expectations are high. Paul Hendrix: “Lambrusco ticks all the boxes. With his model, rideability and jumping qualities he fits perfectly in the Stal Hendrix concept. He is a personality with unlimited abilities and great origins. We are looking forward to his first foals in 2023.”