At the central keuring of the province of Utrecht, the filly Sanni Louise (by Lambada Shake AG) has won the title for best showjumping bred foal. She was bred by Jan and Truus Spithoven and made a good impression with her conformation, powerful canter and good use of the body. She is also selected for the national KWPN foal championship in August. 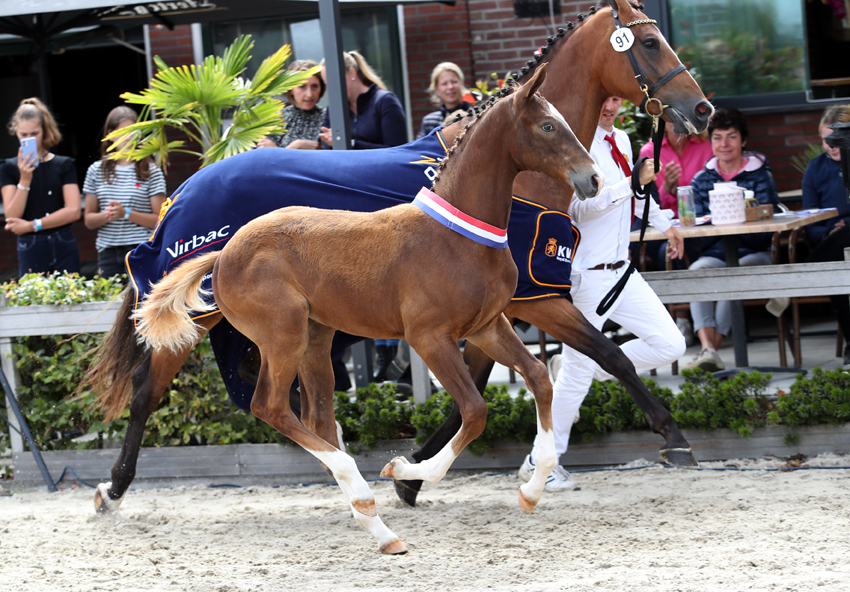 The atletic Sanni Louise was bred out of a mare sired by High Shutterfly. The judges were impressed by her good development, conformation, powerful canter and elastic way of moving. Her breeders are planning to keep this talented daughter of Lambada Shake AG as a breeding mare in the future. Best of luck with this foal champion and hopefully she can show her talents again at the National foal championship next month.