Under Sophie Hinners, the six-year-old Farzack des Abbayes performed very well at their first international competition together. All three days they achieved a top eight result in the young horses classes at CSI Peelbergen. On top of that, Farzack des Abbayes shared the fifth place in the final with Kardinaal HX under Pieter Keunen. 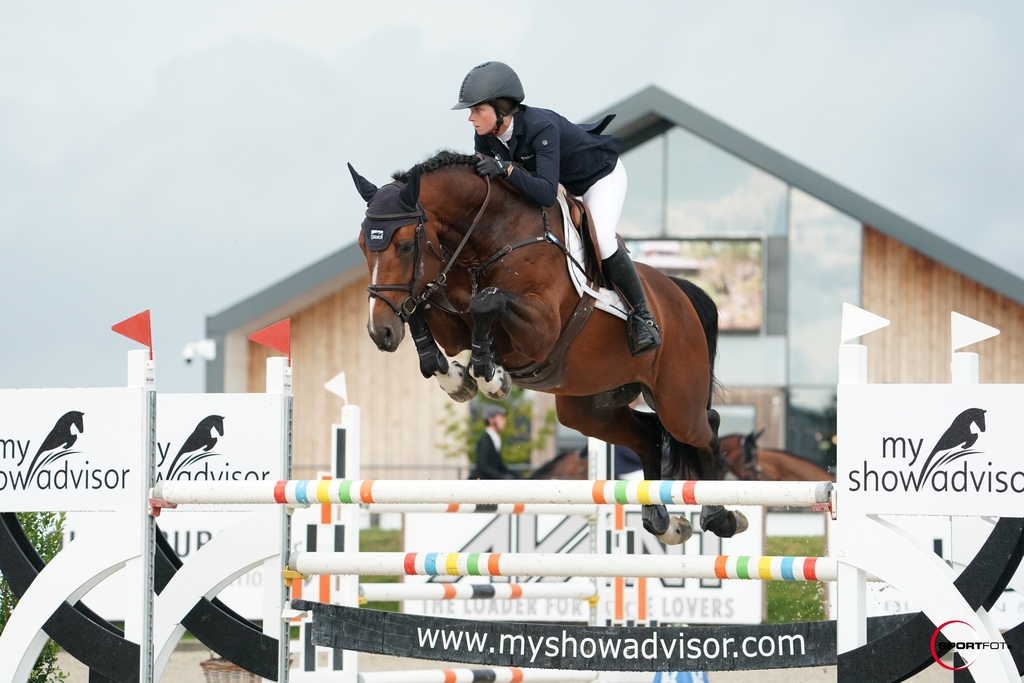 Sophie Hinners has taken over the reins of Farzack des Abbayes from Pieter Keunen to compete in the World Championship in Lanaken at the end of this month. At their first competition this immediately led to great performances. On the first day of the CSI-YH at the Peelbergen Equestrian Center, the promising pair jumped to the eighth prize in the two-phase class. On Thursday Sophie and the Montender offspring again jumped clear in a fast time and therefore claimed the fifth prize. Also in the final a clear round in the two-phase course resulted in the fifth prize, after they finished in exactly the same time as Pieter Keunen with the stallion Kardinaal HX (s.Don Diablo HX). It is an excellent start of the international sports career of Farzack des Abbayes, who also remained clear all three days at his first international competition with Pieter Keunen.