One of the first stallions that made great advertisement for the breeding of Stal Hendrix is the Holstein bred stallion Hemmingway. After living in Ireland for the last fourteen years, the life of this striking Leandro son has now come to an end. 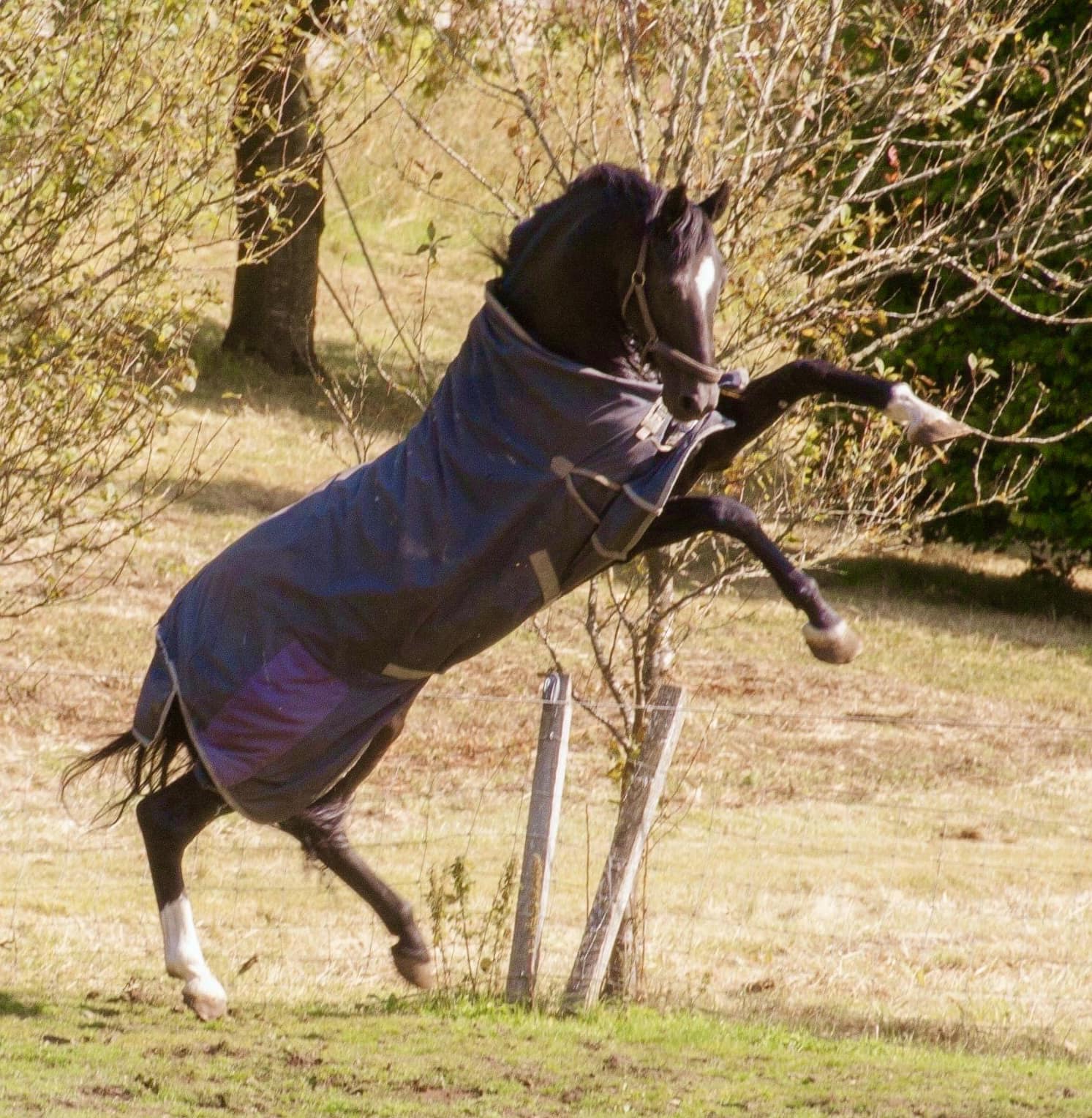 Hemmingway (Leandro x Romantiker) was born on the 29th of March 1989 at breeder S. Dieter in Beschendorf. As a three-year-old he was approved for the KWPN and obtained 9’s for his character and training report. He took part twice in the World Championships for young showjumpers and subsequently competed at 1.40m level. Hemmingway has been stud at Stal Hendrix for many years and for the last 14 years he has stayed with Scotland Ai Service, where he has also been used for breeding.

Special thanks to Ben Wentink and his team of Scotland Ai Service for taking good care of Hemmingway.